This is Kirkbride Airfield, where we fly. 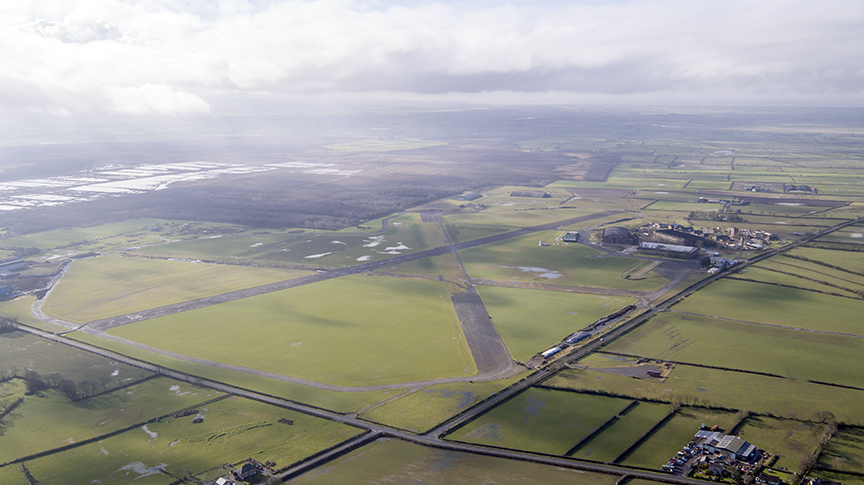 Kirkbride from the air -Jim Smith

RAF Kirkbride opened in 1939 as a storage and maintenance unit and was used throughout the war by the RAF’s 12 MU to keep new aircraft safe before they were sent to their operational units. It was ideal for this task, being a large area that was out of range of most enemy bombers. After the war it continued to operate as a giant storage area for unwanted aircraft.

The RAF left the site in 1960 with the last RAF aircraft to leave being a Gloster Meteor. Since the station closed it has remained as a civilian airfield.

As an operating airfield there are many light aircraft in attendance, along with a gyroplane school and on certain days supercar experiences. Also the M Sport rally team occasionally test some of their cars on the airfield at Kirkbride.

We are fortunate to have a strip of disused runway to fly from and a large flying area to use so weather permitting we can always fly.

Jim, one of our members took the video below from the cockpit of his T28, why not take a tour…

Finding us / Directions to Kirkbride Airfield

It is fairly straight forward to find Kirkbride, the map below should help. For sat nav enter CA7 5HP. If you’re unsure and want to pay us a visit, contact us and we’ll guide you in!